Welcome to another worldbuilding post! Today, I wanted to share with you a list of worldbuilding prompts (in no particular order) that I’ve used when developing Deseran, specifically, that have helped me delve into some of the beliefs and the details of various cultures I’ve built, beyond the basics. Many of these I came up with myself; others I got from other lists and found helpful. END_OF_DOCUMENT_TOKEN_TO_BE_REPLACED

A couple of months ago I did the Project Inspire Tag, which was a wonderful opportunity to share about the people who have inspired me (and hopefully inspired you readers, as well). Well this is the Project Inspire Award, which is a related tag that has rules to tag people who have inspired you rather than leaving the questions open for anyone to take, and last week Chelsea R.H. of An Ordinary Pen tagged me. Thank you so much, Chelsea! ^-^ END_OF_DOCUMENT_TOKEN_TO_BE_REPLACED

Writer’s block is something that I think almost every writer struggles with, so I thought I’d write up several ways to handle it.

Sometimes just moving somewhere you don’t usually write can help. I went outside one evening and wrote in the tower of the playhouse in my backyard; I ended up writing a short story about the Half-Elves and getting the characters to actually cooperate for the first time in years.

This one ties in with the one before. It’s often suggested to go to a coffee shop or someplace to write. I hate this advice, but not because it’s bad advice. I only hate this advice because I’m unable to follow it. I would love to be able to take my notebook and my favorite pen and go sit in a coffee shop or bookstore and watch people and write. Unfortunately, I can’t drive yet, so I can’t actually do that. But for those of you who can, enjoy what I cannot. I think it’ll be helpful.

4. Do Something Else Writing Related

Read. Fill out a Pinterest storyboard. Sketch a character. Read a book of writing advice. Read up on world-building or description or character development. Do something that’s not writing but is still productive. Even watching a movie could sometimes fit in here.

You have to be a bit cautious with this one, but sometimes you can just work on a different story a while. Maybe it’s that plot bunny you just thought up at midnight last night, maybe it’s a story you’ve been writing for years and still haven’t finished, maybe it’s a short story you want to write. Just be careful not to get too sucked in and abandon your main writing project.

Hopefully some of that advice was helpful. What helps you get through writer’s block?

I’ve spent the last couple of days planning out a new trilogy that I sort of started a few weeks ago, but before I decided to tangle all their plots together and make them all overlap (which is definitely the fun part!)

So remember Heart of the Baenor, which I wrote for Camp NaNoWriMo? Well, I plan on finishing that next month for July Camp, and then I’m starting on this new trilogy, which takes place three years after HotB. The first book focuses on Catessa in a new place (I won’t say too much more to avoid spoiling anything), and she’s one of three MCs, each in a different of three countries that are at war with each other. Anyway, Catessa catalysts the war, but not on her own plans.

The MC of the second book is the king’s Paladin in Mandoria (I know that country wasn’t mentioned in the Deep Worldbuilding Project. It decided to spring up after that and will take a little bit to get caught up to its neighbors), who has just inherited powers she doesn’t feel ready for, since her mentor recently passed away.

The MC of the third book is going to be my first character with a negative character arc, and she both excites and terrifies me. She’s a shapeshifter, one of very, very few in Themar, and she becomes friends with the prince of Roenor after she steals his crown (long story which will be explained in… the story.)

These three books are all taking place simultaneously, which makes it crucial for me to plan everything out pretty well in-depth so that I don’t mess anything up, and stick to that plan with every bit of willpower in me (but since it’s a really cool plan anyway it might not be so hard. ;))

The temporary title of the series is The Dark War Trilogy, which I like more every time I say it.

Planning this is a really interesting experience for me, since I don’t have a lot of experience with planning. I’ve been a pantser, or at the very least a plantser, for the majority of my writing “career.” I’ve planned a couple of books with the Hero’s Journey method, both of which are very old and I cringe to read, and I outlined HotB before I started it, but for the most part I don’t tend to plan much. Well with this one I’m working on a timeline (Aeon Timeline has been extremely helpful), and I’m going to write an outline, which may be similar to the one I did for HotB with just short explanations of key scenes in each chapter, or it might be more detailed.

Putting together a timeline has been a lot of fun, because I’m playing around with precision in the timing of things. For instance, two characters lose people they care about at the exact same time, and then end up talking about it (which will be a very tense conversation), and then splitting for a few days before one of them comes back a lot harder. And all of the assassinations that happen take place at the exact same time of night. All the successful ones, anyway. Being precise can be very, very fun, and I can make my characters suffer more with more precision, lol. #LifeofaPSK

I haven’t planned quite enough stories ahead of time to say whether planning or pantsing works better for me, but I’ve been more excited and had more motivation on the ones I’ve planned beforehand lately. It could just be coincidence, we’ll have to see, but I’m going to continue planning things for a while and see what happens, I think. 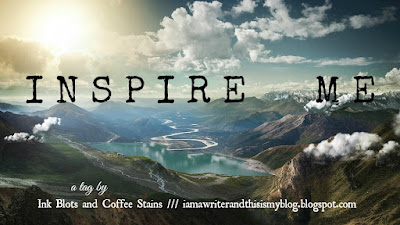 So, Hannah at Ink Blots and Coffee Stains didn’t really tag me for this, but she did say anyone who wanted to could do it (thank you for that :)), so I am.

Here are the rules:
1. Copy these totally amazing and spectacular rules onto your post
2. Smile and twirl in a circle and look at your favorite inspiring thing and take deep breaths as you prepare for my amazingness
3. Thank your gorgeous, lovely tagger
4. Tag five other bloggers (or more. or less. or none. just whatever you want.)
5. Have fun and be honest and answer all the questions (and feel free to add some of your own!) END_OF_DOCUMENT_TOKEN_TO_BE_REPLACED