Guess what? There’s a new Language of Worlds link-up and it’s replacing Snippet Sunday again because I was hosting a LotR marathon all day yesterday and didn’t have time to write a snippet. (I totally didn’t write this post at 6:45 yesterday morning. Excuse any places I sound tired.) (Also, you can read the first one here.) So instead you get to hear more about Detren, because I always talk about Nissa and I feel like Detren needs a turn. So without further ado, the link-up. (If you click on the image below you’ll be taken to Liv Fisher’s site, where you can join the link-up if you’d like.) 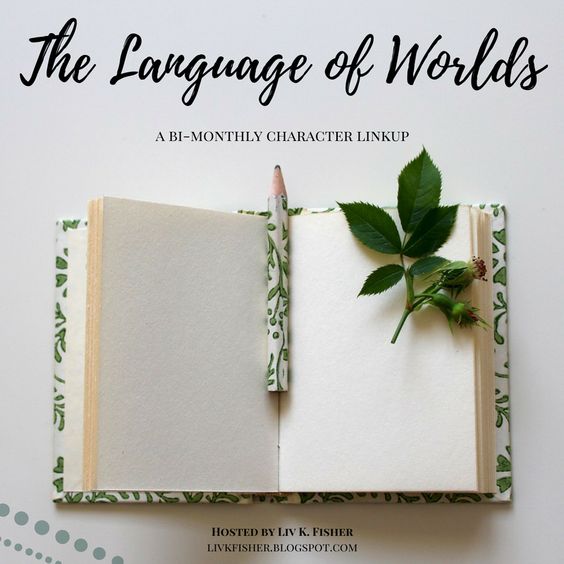 1. Where does your character live, and how does that impact them?

The palace of Roenor. Well… it’s not really so much the place that impacts him as the fact that he’s a prince/king? And also the people around him, most of whom are wonderfully loyal and good people. *smirks evilly at that one character who’s not what they seem* Anyway, living in the castle does mean he has a lot of space to go hide when he gets stressed. Except he only ever uses, like, four of the rooms when he’s bored and needs something to do or needs to talk to someone or needs to relax? In order: The garden, his bedroom, the library, and the awesome basement. That needs fixing.

2. If he could book a vacation to anywhere in their world, where would he go and why?

The pine knolls outside Girhan (which is one of the six cities clustered together that make up The Capital). He’s been there many, many times, but it has a lot of memories with his dad and he loves it there, so he’d still choose to go there again over anywhere else. Second choice would probably be Laemar, Mandoria (which is the capital). He’d love to see their passion for growth and health and stuff in action, and he also wouldn’t mind meeting his favorite author by happenstance.

Um… 5? (I’m generally bad with number scales on traits like this. XP) He’s not unambitious, and he strives to be like his father, but he doesn’t have a lot of trust in himself and he doesn’t have any super huge goals aside from being good and merciful and whatnot like his father. Ambition isn’t a trait I’d use to define him. So I’m gonna go with 5.

4. What does he want to achieve long-term?

Not– Okay, that’s more short-term. Um… Being able to rule as well as his father? Does that count? ‘Cause that’s kind of an ongoing battle and something he has to learn a little at a time, and he’ll never really have it figured out. So just ruling well and caring for his people and making sure they’re all happy and not dead and stuff.

His dad. Also Lucienne, and to some extent his mentor Terlon.

6. How would he handle seclusion?

He’s an introvert, but I feel like after about a day of being by himself he’d get really lonely and want to talk to Lucienne or Thorian or someone, because he’s used to being surrounded by those people and he cares about them and he’d miss them a lot if they were gone.

He actually has a brown Labrador named Devonly. So that should answer that question. (Nissa has a cat named Nava.)

8. What’s his favorite type of weather?

Um… good question. He likes warm, clear nights when he can see the stars from the castle roof. As far as daytime weather I think he pretty much enjoys anything short of a massive storm (hurricane, tornado, etc.).

He will occasionally go get food straight from the kitchen. He’s particularly partial to lemon tarts. But generally I don’t think it’s something that really manifests itself.

10. What’s one Bible verse he would identify with?

“We are hard-pressed on every side, but not crushed; we are perplexed, but not in despair; persecuted, but not forsaken; struck down, but not destroyed.” – 2 Corinthians 4:8-9 (This is actually kind of my theme verse for him.)

2 thoughts on “The Language of Worlds Link-Up #2”